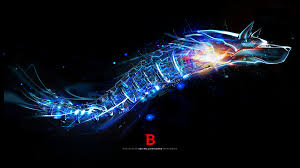 Advanced security technologies such as VPN and two-factor authentication are used by less than one in 10 Americans.

The study also finds that young females (aged 18 to 29) are the least interested in securing their computers or smart devices. In contrast, adult male computer users (aged 30 to 44) are extremely concerned about their online security and complement their antivirus solution with extra technologies such as VPN or data backup.

Password reuse is also common in the US even after a series of high-profile data breaches in the past three years. Almost 30 percent of the interviewed North Americans reuse or use slightly different versions of their passwords for all their accounts. To make matters worse, only 7.2 percent of Americans have enabled two-factor authentication mechanisms to safeguard their online identities. Respondents say they fear they’ll forget passwords if they don’t reuse the same ones.

Bitdefender’s study also reveals the increased incidence of other poor security practices such as the use of unsecured or untrusted mobile hotspots. Over 74 of respondents said that they had connected to an untrusted Wi-Fi network at least once, but only 8.5 percent of them have adopted a VPN solution to encrypt mobile traffic.

The security of financial accounts and identity theft are two of North Americans’ greatest concerns in the digital world. 60.7 of respondents fear having their banking accounts hacked, while 51.4 fear a compromise of their personal information. 40.1 percent also fear a malware infection that could allow hackers to turn on their webcam or microphone.